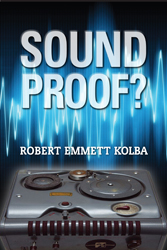 The tale begins at the annual convention of hobbyists who collect old records and antique recording devices. Although not truly mechanical as per the norm, the newly-purchased electrified wire recorder still worked and the included box of wire spool recordings only added to the perceived value of this rare discovery. This seemingly innocent acquisition precipitates life threatening horrors once the gruesome revelations on the decades old recordings are revealed.

The voice on the early recordings speaks of several unsolved murders that occurred in the Chicago area during the 50s and 60s and discloses intimate details that could only have been known to the perpetrators of those gruesome crimes. Are the recordings legitimate or just some sick hoax? If valid, when were they actually made . . . and by whom? As these answers are sought, startling revelations surface and hidden secrets are revealed that begin to invade the sanctuaries of well-connected dangerous and powerful people.

As our hero pursues the truth, he and a group of dedicated associates work together to unravel layer upon layer of the facts and fictions of the past and barely stay one step ahead of their own pursuers who seek to destroy the recordings and all who have knowledge of them. New, well-orchestrated murders designed to reinforce the earlier cover-up only serve to establish the obvious fact that, while originally thought to be random and unconnected, the earlier crimes were the work of related highly intellectual serial killers whose joint and clever efforts have allowed them to evade discovery for decades.

Unfortunately, the depicted crimes are real and are in the Public Record. The rest is fiction and is an attempt to bring a small sense of closure to the tragedies that terrorized the author and his young neighborhood friends as they were made aware of every facet of these evil occurrences by the Chicago media outlets that competed for sensationalism on a daily basis. After all these years, darkness still precipitates a certain level of fear for many who experienced these events vicariously.