There and Gone – A Photography Lesson 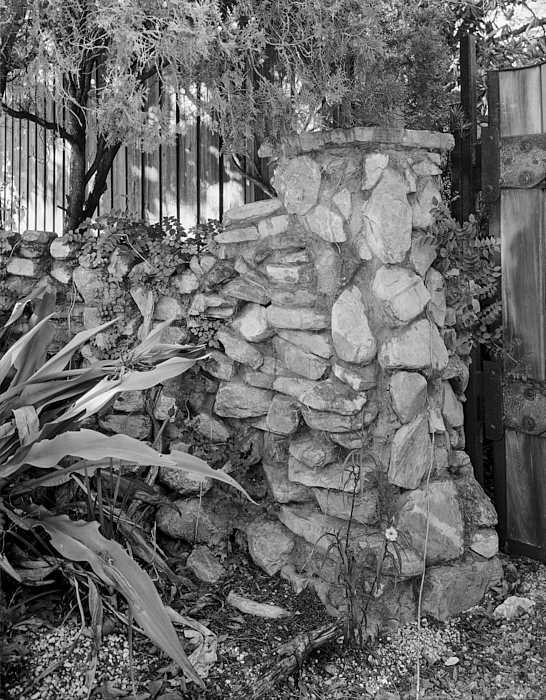 It was 6:45 in the morning, and I was already more than an hour into my bus ride to work. As we rode through the old community of San Marco, I worried about my truck rather than photography.

When going up a hill, such as the bridges in town, the engine spit and backfired and cut-out and bucked like a bronco in a cowboy story. Three independent mechanics and a dealer had been unable to find the problem. The truck was at a shop that specialized in Fords – my last hope.

Old San Marco is one of Jacksonville, Florida’s residential areas bordering the St. Johns river. It contains upscale older homes and a shopping district filled with restaurants, jewelers, gift shops and even an old, still operating, movie theater. Occasionally, some new development takes place, but residents like the old feel of the neighborhood.
The bus swung through a part of the shopping district and began to move past apartment buildings. Suddenly, the bus swerved to the curb and stopped.

“You sit down, sit down right now,” shouted the bus driver, looking to the rear in her big mirror.

Two Hispanic women, 38 African-American women on their way to domestic jobs and the only man on the bus, me, turned and looked towards the rear. Three children, 9-10 years old were standing in the aisle. They glared back at the driver, but the two girls sat down.

The boy, however, slowly lowered himself so that he sat with his legs in the aisle. No more than one-quarter inch of his buttocks touched the front edge of the seat. He showed his coolness by staring at the roof of the bus.

“Little boy, you get up here and get up here now.” The driver pointed to the seat just behind her.

The child sauntered to the seat, then sat in the same way – legs in the aisle, on the very edge of the seat.

Wop! We all looked at the driver, who was drawing back to pop the child a second time.
“You sit right. This is not the school bus. You don’t disrespect the Jacksonville Transit Authority.”

I knew there had been problems on school buses. When I was a news producer in the late ’90s, we learned that many of the school buses had video cameras aboard, and that the tapes were public records. We got copies of the videos and did an entire series of news stories on the problem of misbehavior on the way to school. Kids were standing in the aisles, on the seats, pushing and shoving one another, throwing things. Within the newsroom, we joked that the series should be called “Bastards on the Bus.”

The child looked at the passengers for support, but was met by 40-pairs of eyes that said they would be glad to exit the bus, cut a switch, and deliver their own discipline.
The boy slid until his own back rigidly rested against the seat back.

But, I had stopped paying attention. Across the way was a wonderful sight. The sun illuminated a beautiful old stone wall. It looked much like those government projects built by the WPA during the depression. The stones formed intriguing shapes and textures and contrasted with the gates made of wood and wrought iron. I could see the potential for great pictures.

Two days later, my truck was repaired. It was one of those things – a pinched wire. When going up a hill, the wire fell against the engine block and shorted the computer. When the road leveled, the wire fell away from the block and the computer functioned again. It was an intermittent problem that required someone to actually look over the engine, not simply hook it up to a testing device. It other words, the repair required an old-time mechanic.

On Thursday morning I got up, left for work early, and arrived at the wall just as the sun was rising. After pulling through a little access road, I parked on a side street. After unloading, I set up the camera and searched for the right picture.

The human brain seeks out patterns. Visual artists play to that feature, and the patterns of the rocks in the wall and the way the sun played off of them is what drew me to the spot. I loosened the knob that held the tripod tight and swung the camera around looking for interesting patterns.

I selected a view that showed part of the stone wall, part of a wooden gate, a small part of the wooden building on the other side of the wall, and the plants on my side of the wall. The patterns as well as the contrasts in textures, shapes and luminance would make a good photograph.

After exposing one negative, I realized it was almost time to be at work. I packed up and drove away, planning to come back on Saturday, when there would be more time to shoot.

Friday morning was torture as I visualized the images I would make at the wall. Saturday finally arrived, and I loaded my truck with cameras before dawn. I sped in to town, passed through the old shopping district, zipped onto the access road, and looked for the wall.

It was gone. Every last stone. Every piece of the wooden gates. Every twist of wrought iron. All of the shrubs. And most of the building on the other side lay in rubble.
I walked around the corner and saw a sign. It advertised a new condo complex which was to be built on the site. I walked back to the place the wall had been and stared, sick at my stomach.

Let that be a lesson, I thought. If the photo’s there, take it. Don’t wait.
For a handcrafted fine art print of this image on Kodak Azo paper, contact John at the email address in the sidebar. There is limited availability.
For a printed version of this photograph on various media, go to Fine Art America through the link below. Next post: Music Is My Ticket – Bill Prince and Victor DiGenti