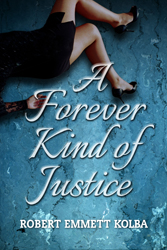 The tranquility of an affluent Florida gated community is disrupted when one of its occupants is found brutally murdered. Marv Devlin, now with the St. Augustine Sheriff’s Department, is accustomed to viewing the consequences of such ferocity, having been a New York City detective before his semi-retirement. Initially, he reasons it was either a precipitous crime of passion or a well-orchestrated professional execution. The victim, Naomi Fletcher, had been the live-in mistress of a well-connected mob boss and when another of her many neighborhood lovers suffers a similar fate, Devlin’s investigation follows a predictable but, completely erroneous, path. The number of suspects who had both motive and opportunity is plentiful but what seems to be, is not, and what appears obvious, is illusory.

Steve Gordon, a victim of both Naomi’s successful seduction and attempted extortion, is a person of interest, joining a non-exclusive list of suspects that also includes his vengeful wife, Susan, Naomi’s two morally-challenged brothers and a plethora of former conquests who Naomi once serviced, beginning, as a pre-teen, in a Mississippi trailer park and ending in a Florida community of millionaires. Susan’s surrogate parents, Dick and Annie Stenson, have deep secrets that, if revealed, could be life threatening but choose to subordinate the potential danger in favor of their chosen daughter’s well-being.

During Devlin’s interrogations, those who seem most innocent redirect his focus and, as the reader accompanies him on his journey for truth, each new dreadful discovery provides a small piece of a puzzle that lies within a bigger puzzle. New tragic fatalities and startling disclosures obliterate earlier assumptions and Devlin feels he has entered a maze that has no exit. Only when he begins to slowly determine WHAT the victims did, rather than WHO they were is he able to incrementally reveal the interdependent relationships that exist between those who, at first, seem to be socially or geographically isolated from each other. Deceptions, both intentional and accidental, serve as the adhesive that binds the confusing mosaic of lives together.

The many shocking revelations, at first, may seem implausible to the reader but once all the pieces are in place, the final resolution becomes obvious and, in retrospect, all the earlier, seemingly dissimilar, clues take on new meanings. As the reasons for the tragedies evolve, it becomes apparent that the true victims are those who have been left behind.

In the end, four murders are solved but there is little satisfaction among the innocent. Moral questions are unanswered as one may continue to ask, “Who is qualified to balance the severity of punishment with the crime?” but, most important, “Who has the unequivocal right to judge the guilty?”

Next post: The Smile That Lasted A Lifetime – Earl D. Beauchamp and Ralph Towner