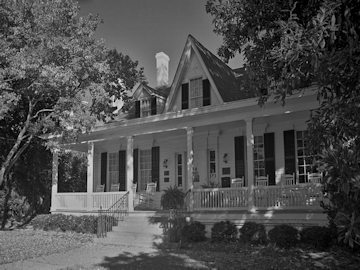 Members of the Coastal Photographers Guild are exhibiting photographs honoring the life of Sidney Lanier at The Horton Gallery – Southeast Georgia Health Systems in Brunswick for the month of January.

Lanier was born in Macon, Georgia at the cottage I photographed above.  He died in North Carolina in 1881 at the age of 39.  Between, he began playing flute at an early age, graduated first in his class from Oglethorpe University, served as a private in the Confederate Army,  and was captured by Union forces while commanding a blockade runner. He was imprisoned at Point Lookout, Maryland, where he contracted tuberculosis.

Returning from the war, he married Mary Day and practiced law with his father.  The building which housed his law office still stands on Second Street in Macon.  In an effort to support his wife and three sons, he wrote and published poetry, including “The Marshes of Glynn”, an unfinished set of lyrical poems about the vast salt marshes of Glynn County, Georgia. The longest bridge in Georgia spans some of those marshes and is named for Lanier.

Later in life, Lanier was on the faculty of Johns Hopkins University and specialized in English novelists.  He wrote a book entitled “The Science of English Verse” in which he developed a theory exploring the connections between musical notation and meter in poetry. He played flute in Baltimore’s Peabody Orchestra.

He died of complications caused by his tuberculosis.

My photograph is of The Sidney Lanier Cottage on High Street in Macon.  I’m honored that it will be included in the Horton Gallery exhibit.

For those technically minded, this photograph was shot with a Mamiya RB-67 camera with a 65mm lens.  It was shot on Kodak Tri-X 120 film. I used an orange filter to darken the sky and developed in Pyrocat PC.
The other photographs in the exhibit were shot in Glynn County and evoke the spirit Lanier showed in his poems about the area.