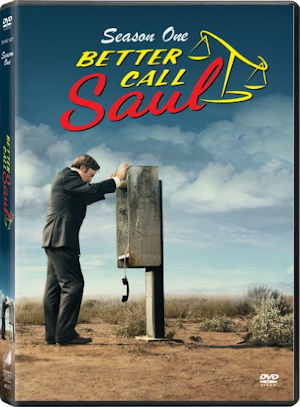 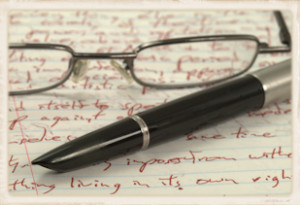 My writer’s group has been discussing Leslie Leyland Fields’ blog post entitled “The 7-Fears of Every Writing Project.”

Point Five is of particular interest to me.

5. Fear Not!—-That you don’t know where your novel, trilogy, even your memoir is headed. No one you know informs you of the outcome of their lives, do they? How many of your friends know where their lives are headed and how they will get there and who they will be once they’re there? You will not know this for your characters or story until they do. Keep writing day by day, keep listening to them, and you’ll find out what you need at the right time. The writing itself will get you there.

I’ve been watching the DVDs of the TV show “Better Call Saul” and getting a lot out of the director commentaries.

For a television show such as this, a continuing story throughout the season rather than stand-alone episodes, I would have thought they would have the whole season written before they started shooting.  But Vince Gilligan, Peter Gould, Michelle MacLaren, et al, talk extensively about learning more about the characters as they go along – learning from the actors and from episodes that go before.

One character, Marco, who became instrumental to the development of the main character, Saul, only came about because one episode ended up eight-minutes short.  The production crew decided to fill that eight minutes with a flashback, which included Marco.  Following that decision, Marco became the pivotal character in the season ending episode.

It would appear that Gilligan and crew took Leslie’s fifth point to heart.