The Tides Preserve and more police

on April 13, 2021
in Feature Writing, Uncategorized 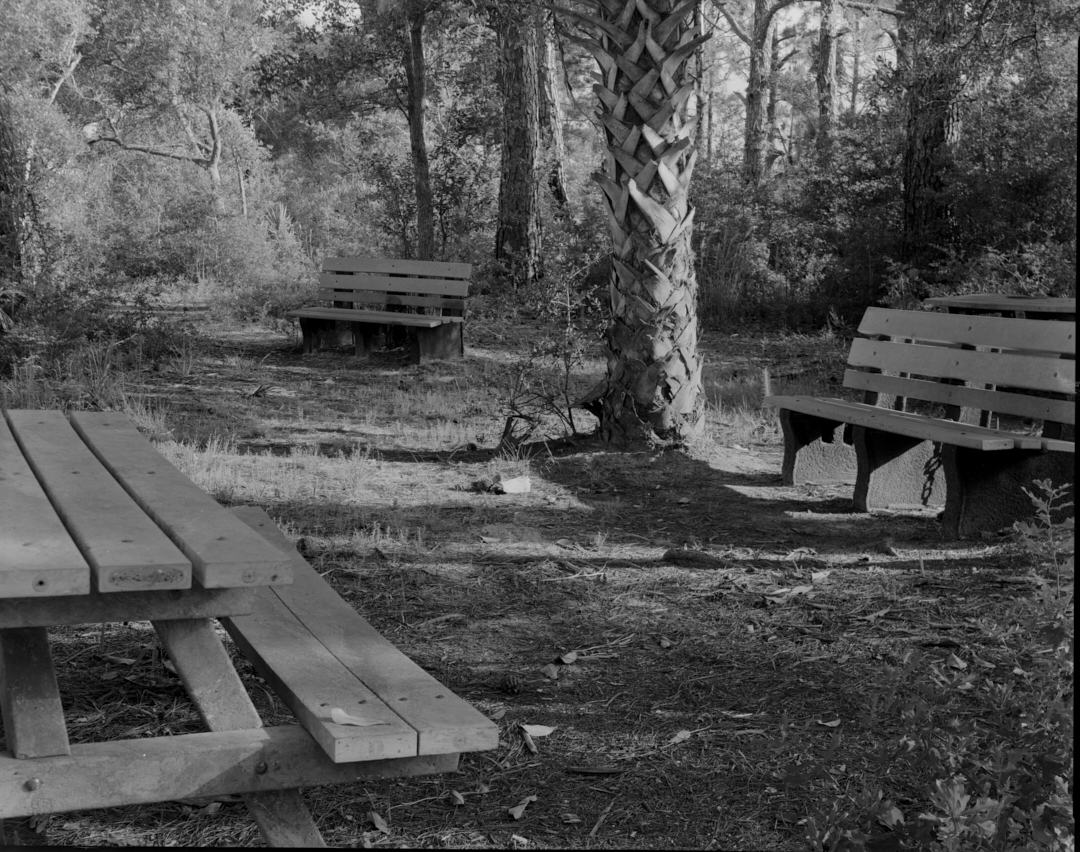 On the south end of Atlantic Beach is the Tides Preserve. It sits in a small area of marsh between the town, the Intracoastal Waterway, and the Atlantic Boulevard high-rise bridge over the river. This preserve is set up as an educational area, with numerous trails, boardwalks and signs explaining the flora in the area.

I found one interesting arrangement of picnic tables and trees and made my exposure.

Then I pushed my stroller farther along a trail until I came upon an interesting grouping of pine trees.

I turned. This time is was a female Atlantic Beach police officer on foot. Same pose as the other officers I’d encountered – feet shoulder width, hat pulled low, hands poised above her pistol and her Taser.

“Of what?” There was suspicion in her eyes.

“Because the gallery downtown says the rich people in Ponte Vedra Beach will pay good money for pictures of trees.” The gallery hadn’t exactly said this, but it sounded good.

“People in Ponte Vedra have more money than sense, then.”

Even though she was obviously not a lover of visual arts, I invited her to look through the camera. She declined, remained wary and gave me a wide berth as she walked down the trail. I decided that two near arrests in one day was enough and headed back to the truck.

Why do police go after large format photographers and leave folks with cell phones alone?